OUR TEAM IS HAPPY TO MEET YOU! 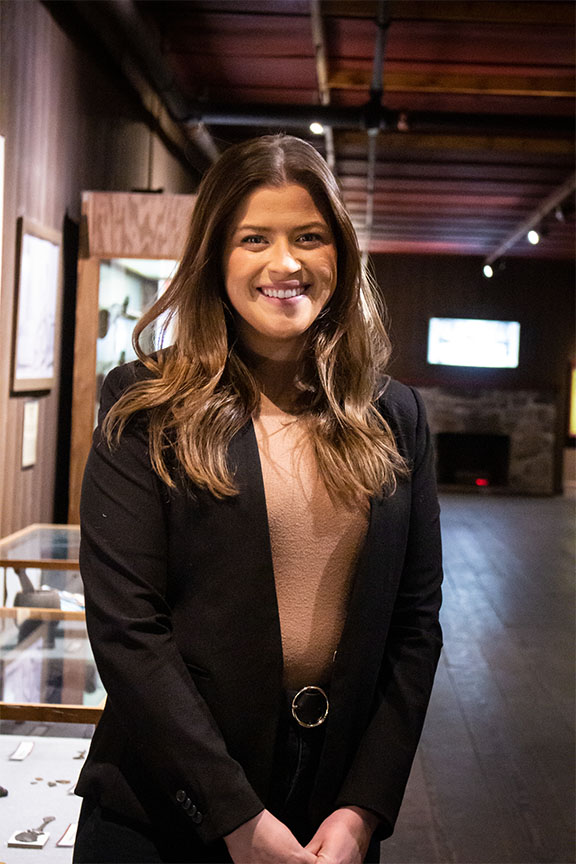 Anna Arkins became the collections manager at The Fort William Henry Museum in May 2021. She previously served as an executive member of the Boston Preservation Alliance Young Advisors Board.

Anna studied Historic Preservation and Community Planning at the College of Charleston in Charleston, South Carolina. While in school, Anna served as an executive member of the Student Alumni Association and interned with real estate and general contracting firms. Upon completing her studies in 2019, she began work with Renew Urban, a general contracting company specializing in architectural restoration. Here she assisted project managers with both project planning and on-site supervision. Anna also worked with clients to assist in historic tax credit applications and permitting and appeals within a National Registry Historic District.

Following her time in Charleston, Anna returned to her home state of Massachusetts and continued working in the construction field. While working in project planning for Works by JD, Anna expanded her project management skills.

Cyndy Avery grew up in Essex County, New York, in the shadows of Fort Crown Point and Fort Ticonderoga on the southern-western shores of Lake Champlain.

After obtaining a bachelor’s degree in Psychology from SUNY Plattsburgh, she continued her studies at SUNY Stony Brook and moved to North Carolina. Living in North Carolina for nearly 30 years, she became an educator and worked in public and private schools, children’s museums, art studios, and art spaces. In each role, she took on the position of educating and programming for the young and young at heart.

While in North Carolina, she participated in the colonial reenactments of the Southern Campaign of Revolutionary War Battle at King’s Mountain. Photography, local history, and storytelling are her passions. She is currently enrolled at SUNY Adirondack in the Independent Studies Program with a concentration in Anthropology.