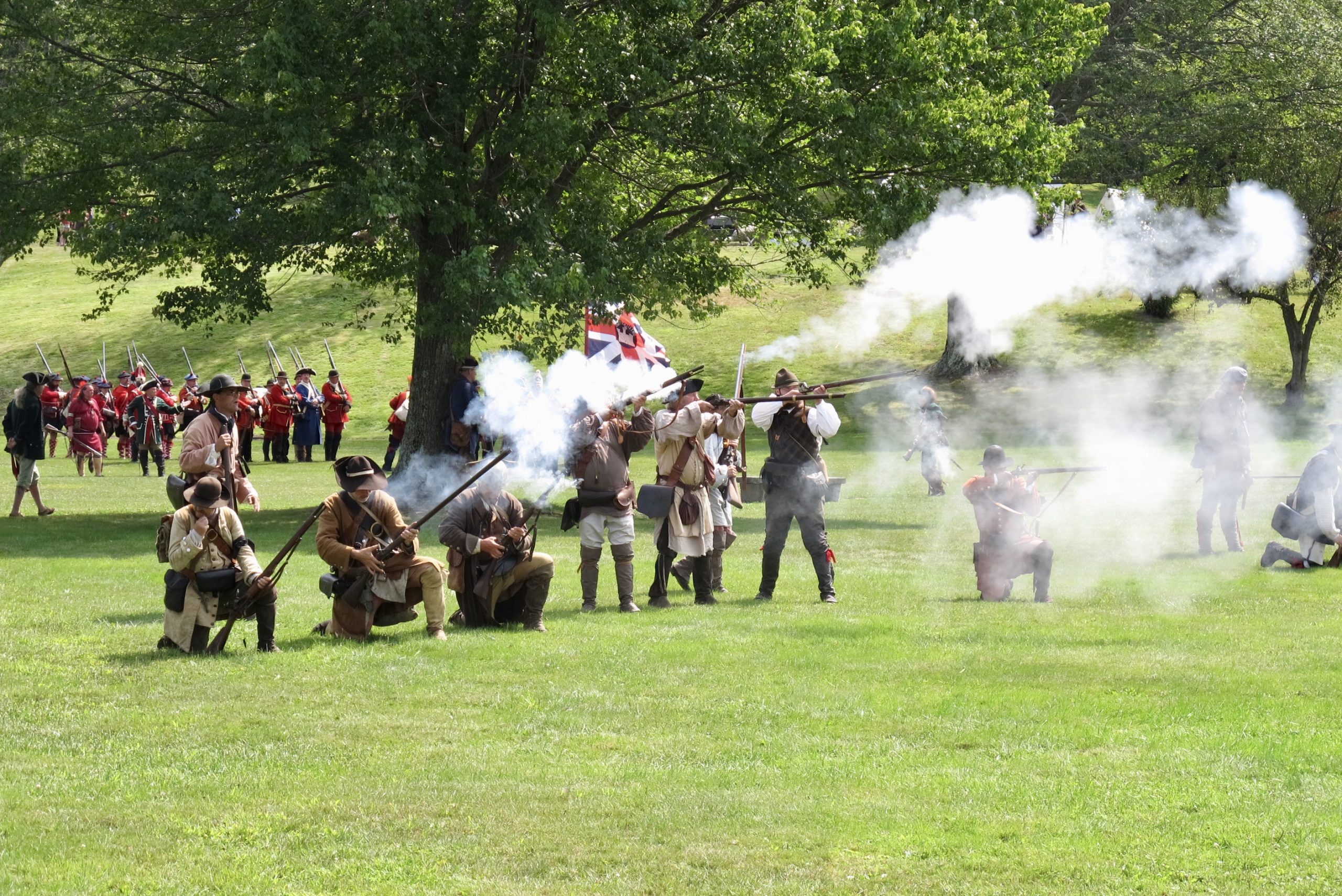 Conflict over domination in North America ends with no clear victor with the Treaty of Aix-la-Chapelle.

Tension grows between France and England over land and trading claims. Minor skirmishes break out.

Washington is blamed for the fort’s loss and resigns. He will later return as a volunteer under British authority.

William Johnson arrives at Lac du Saint Sacrament and renames it Lake George in honor of the King. Begins work on a fortification to later be named Fort William Henry after two royal grandsons.

William Johnson’s forces are engaged in several battles that would collectively be named the Battle of Lake George. This would include the Bloody Morning Scout – an ambush that resulted in the death of British Col. Ephraim Williams and Mohawk King Hendrick. A later engagement would be called the Battle of Bloody Pond. Johnson’s forces win the day, making him the first British hero of the war.

War is officially declared between Great Britain and France.

Fort Oswego is captured by the French.

The commander-in-chief of the French forces, Louis-Joseph de Montcalm, lays siege to Fort William Henry which Lt. Col. George Monro is finally forced to surrender. The infamous massacre occurs on August 10 which will later be dramatized in James Fenimore Cooper’s book, The Last of the Mohicans. The fort is burned in fires that lasted two days and could be seen from Fort Edward, 16 miles to the south.

General James Abercrombie and Lord Howe assemble a force of 16,000 men on the south shore of Lake George. On July 6th, the force arrived at the north end of the Lake and proceeded to head towards Fort Carillon (Ticonderoga). They attacked the fort on July 8th taking a great number of casualties. The day ended in defeat for the British and a victory for Montcalm defending Carillon. Lord Howe was killed.

The British seize Louisbourg opening the route to Canada.

The French surrender Fort Frontenac on Lake Ontario, destroying their ability to communicate with their troops in the Ohio Valley.

British made peace with the Iroquois, Shawnee and Delaware Indians.

May 1, 1759 : British capture Island of Guadeloupe

The British capture the French Island of Guadeloupe in the Caribbbean.

British win Battle of Quebec. Montcalm and Wolfe, the commanding generals of both armies, die in battle.

Montreal falls to the British; letters are signed finishing the surrender of Canada.

British flag is raised over Detroit, effectively ending the French and Indian War.

British make peace with the Cherokee.